Kifeesi is a renowned criminal gang in Kampala city that has baffled the minds of many. Their daring moves at carrying out broad day light robberies in the busy downtown spots without fear of the law enforcement officers have raised many eye brows. Like the ruthless Mungiki of Kenya, Kifeesi could easily be rated as a younger sibling or rather a Mungiki wannabe. NBS Tv did a good investigation on this gang here. 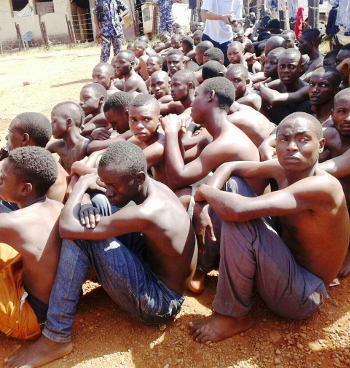 Crime is crime. A criminal mind is always ready to operate anywhere for as long as the terrain is conducive. The recent announcement by the Minister of Information Communication Technology and National Guidance about the free offer of WiFi internet access in Kampala has been met with mixed opinions. Many urban dwelling Ugandans have taken on the use of the internet with a lot of zeal over the past five years. Facebook and WhatsApp seem to have the lion’s share of activity. Free WiFi is seen as “manna from heaven.” 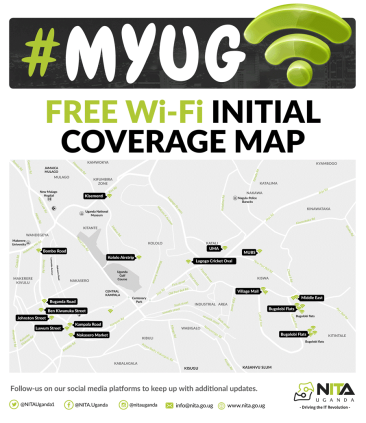 Accessing the free WiFi in Kampala entails being within an area that has the signal hence allowing your phone or mobile gadget to connect. The hotspots have been spread in certain locations for starters with others to follow suit later. As a first time user, you are expected to submit some profile information and then get access thereafter. In keeping with the expectations of Hon. Father Lokodo the State Minister for Ethics and Integrity, no pornography shall be accessible.

Now to Kifeesi. I foresee a re-invention of Kifeesi as this WiFi takes root. A Kifeesi that will no longer be content about merely stealing your phone or robbing you of that pocket change. This Kifeesi is IT savvy. Their goal is to either;

How is the new Kifeesi likely to do it?

By identifying a public area that people frequent to access free WiFi, all they need to do is set up rogue WiFi hotspots that have eerily similar names like those of the official HotSpot provider. If the HotSpots by NITA-U are named MyUG (for example’s sake), Kifeesi can setup MyUG1 and then link that hotspot to the internet.

The unsuspecting public will innocently hook onto that hotspot and start chatting away using all sorts of social media utilities (encrypted and unencrypted). Before you know it, you’re availing Kifeesi a lot of information about yourself and others you interact with. What they do with that information is dependent on how much they are willing to go after you. Your login credentials to access various online services can easily be harvested and either sold on the online blackmarket or even used to rob you or endanger others.

Let us take the case of a one Natabo. She works for a leading bank and is a top level manager. She gets duped into using the Kifeesi WiFi. She quickly gets into her Facebook account, Instagram, Twitter and WhatsApp. As she interacts with her online community of friends, the Kifeesi hotspot is logging all her traffic to and from the internet while diverting it to a separate location for further analysis. After a “nice” time chatting online, she chooses to check her bank email before leaving and this involves logging into the system. Again, her information is logged.

This is phase one for Kifeesi and so far, some success has been registered. Now is the time to go to the next step.

With basic tools got online, the Kifeesi crew sifts through Natabo’s data and extracts all sorts of unencrypted information that it uses to build a profile of who she is. With sniffed logins and passwords, they are able to undertake further access to her numerous online accounts. The killer comes in when they access her bank email. There-in lies confidential corporate data on various key client accounts as well as the internal workings of the bank.

With the gathered credentials so far, Kifeesi can choose to trade the confidential bank information got from her email to the competition. This is one of the ways industrial espionage takes place of late.

Natabo’s friends can be duped using the various social media accounts into undertaking certain financial transactions under the guise of dealing with her.

Natabo’s secret chats, photo exchanges among others could easily be used to blackmail her into paying a ransom to Kifeesi or else she faces tabloid exposure.

Natabo’s friends could be lured into appointments that could endanger them. The end result would be robbery or even physical harm like rape.

As you spring out to partake of the free MyUG WiFi, exercise caution. Do not just log onto any hotspot that remotely resembles the official hotspots in name. Ensure that you carefully study the WiFi to be connected to. This will reduce on your level of susceptibility to fraud.

By doing that, you and me can manage the emerging online Kifeesi.